Updated 11/04/2017: Added some of the API changes and updated the React Native version used in the article

Getting it to work

After following the docs sample, you copy the snippets, run the commands… Et Voilá! Well… Not really. Actually the docs do not reflect the current state of the API, which is v0.42.3 when I ~wrote~ updated this paragraph. I will try to expose my issues and the ways I worked around them, but YMMV.

The snippets for index.android.js and package.json seem fine for now at least 😎

So you try to run it but…

These are the problems I found, but as always, YMMV.

Uh Oh! This sounds scary! What happened here? Well, I decided to test it on a Samsung Galaxy S7 (running Marshmallow, that also will be important in a second or two)… Which happens to be a 64 bit phone. And React Native does not provide a 64bit version of its binary. Usually Android would do a fallback, but this does not happen if you have a 64bit dependency in theory, but in practice I found it happening in a blank modern project.

To avoid this, we will have to use some deprecated API in the gradle plugin in order to tell it to build exclusively for non-64-bit targets.

Did I mention it’s a deprecated API? Android Gradle Plugin will not like it. Just do as the warning says and add android.useDeprecatedNdk=true in your local gradle.properties.

There is a better (and not deprecated) way of doing this:

This way you ensure you get rid of the unsupported ABIs, instead of explicitly supporting a few.

So you hit the “Run” button again and…

One very cool thing about developing in React Native is that you get to see the exceptions overlaid on top of your app if you are in debug mode.

One very cool thing about Android Marshmallow is its new permission system, which allows you to take the power back and have a granular control on what you allow your app to do or not.

One very not cool thing about our empty app is that we do not request permission to draw over apps, but React Native will attempt to use it anyway, resulting on this beautiful stacktrace.

A short snippet like this one, carefully placed in onCreate, will quickly ease your pain and show the app overlay permissions dialog instead of randomly crashing each time your app needs for it. You will still have to scroll through the whole list of apps that have that permission and manually enable our lovely React Native one by hand, but remember, this is only for debugging. Production apps do not require this permission.

Module 0 is not a registered callable module

This one was especially frustrating to get, since every piece of advice I could find was pointing out to an outdated React Native version. But that could not be! I was using the highly discouraged by lint little + at the end of my Maven coordinates…

So then I tried to change it to match the version I stated in my package.json file, but hey, this is interesting!

Digging a bit deeper, found out that the plus coordinates were pulling an outdated artefact from Maven Central. Digging even deeper, I found out my local Maven repo to be wrong.

Since $projectDir is referencing the app/ subdirectory. D’oh! 🙈

“This must be it” you naively think. But what happens if you try to open the debug menu?

So, if you are debugging in a real device and not bundling the JS file, you can shake the phone in order to access the debug menu and…

Throw this into your <application> tag, as our friendly exception suggests. Yep, as simple as that.

After all these bumps and efforts, we finally got an Activity to launch. Phew! What a long way! It was definitely not a bed of roses, and some issues did not appear to have an obvious fix after a quick Google search - but hey, maybe that’s just me being bad 🙈 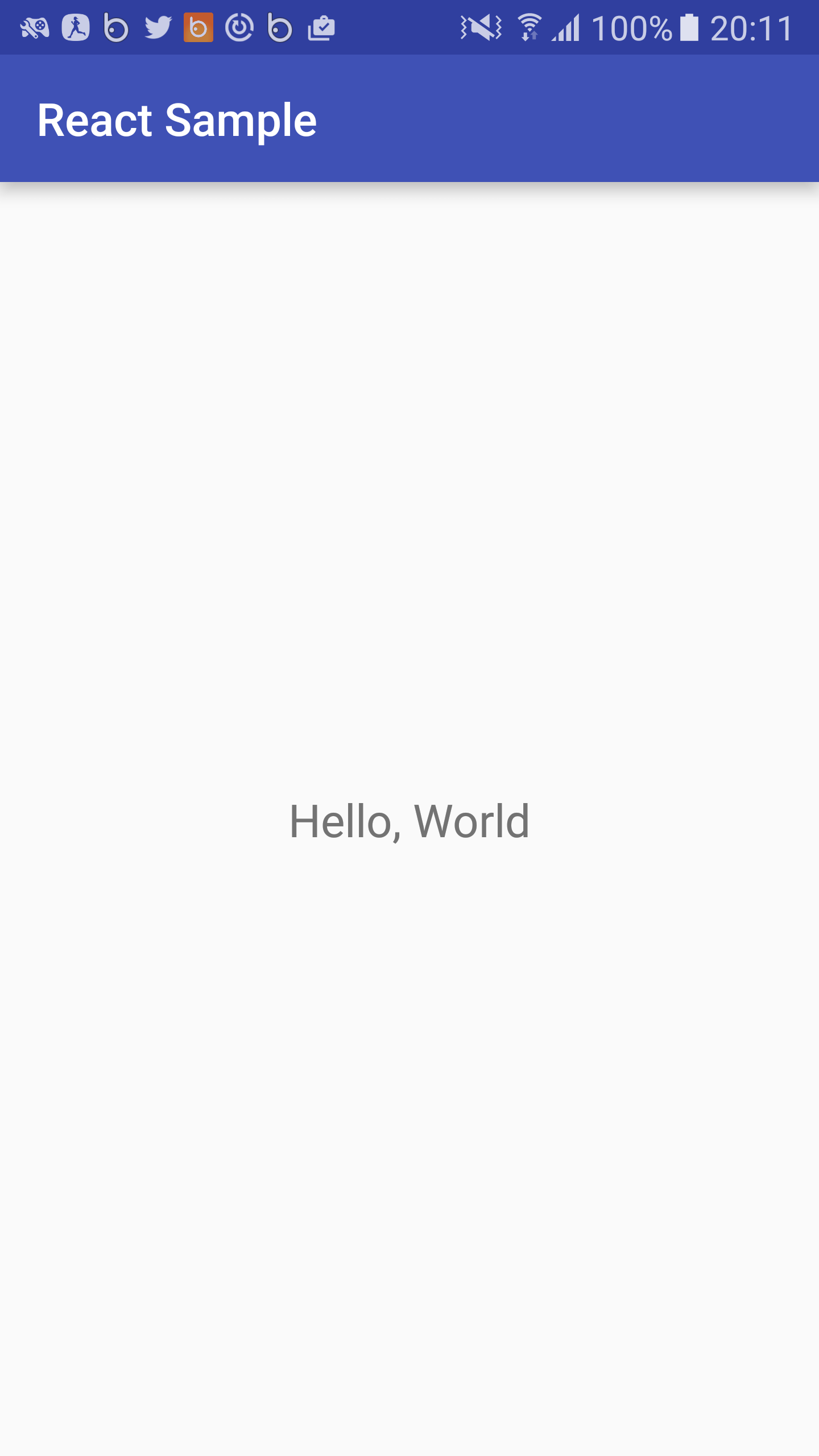 And this is not the end of the road. You will still have to integrate the React Native toolchain into your build process (there is a nice Gradle plugin helping with that I believe) which adds complexity and build time.

On the other hand, is a fair enough way of experimenting on an already existing application without taking the risks that a complete rewrite brings.

But this was too simple, what about interactions between both sides? I guess I already have topic for the next React Native themed article… 🤔

As always, code available in GitHub.